Don’t Pick Up That Stick- You’ll Hurt Someone! 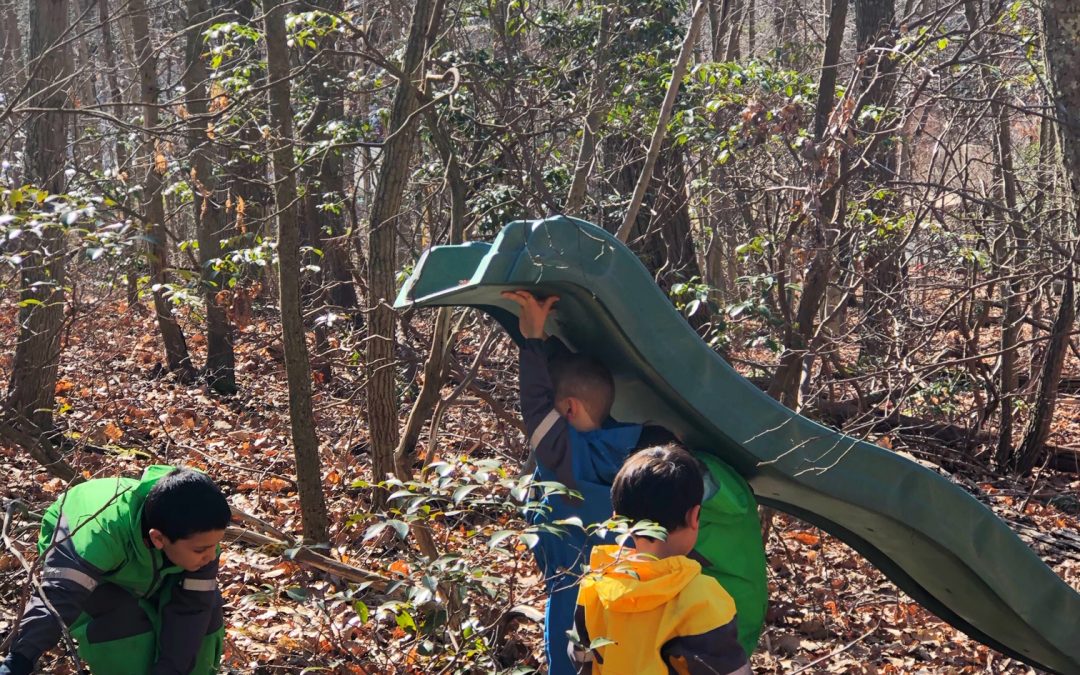 ← Pure, Unadulterated Magic Cultivating Care- What Could Be More Important? →

Don’t Pick Up That Stick- You’ll Hurt Someone! 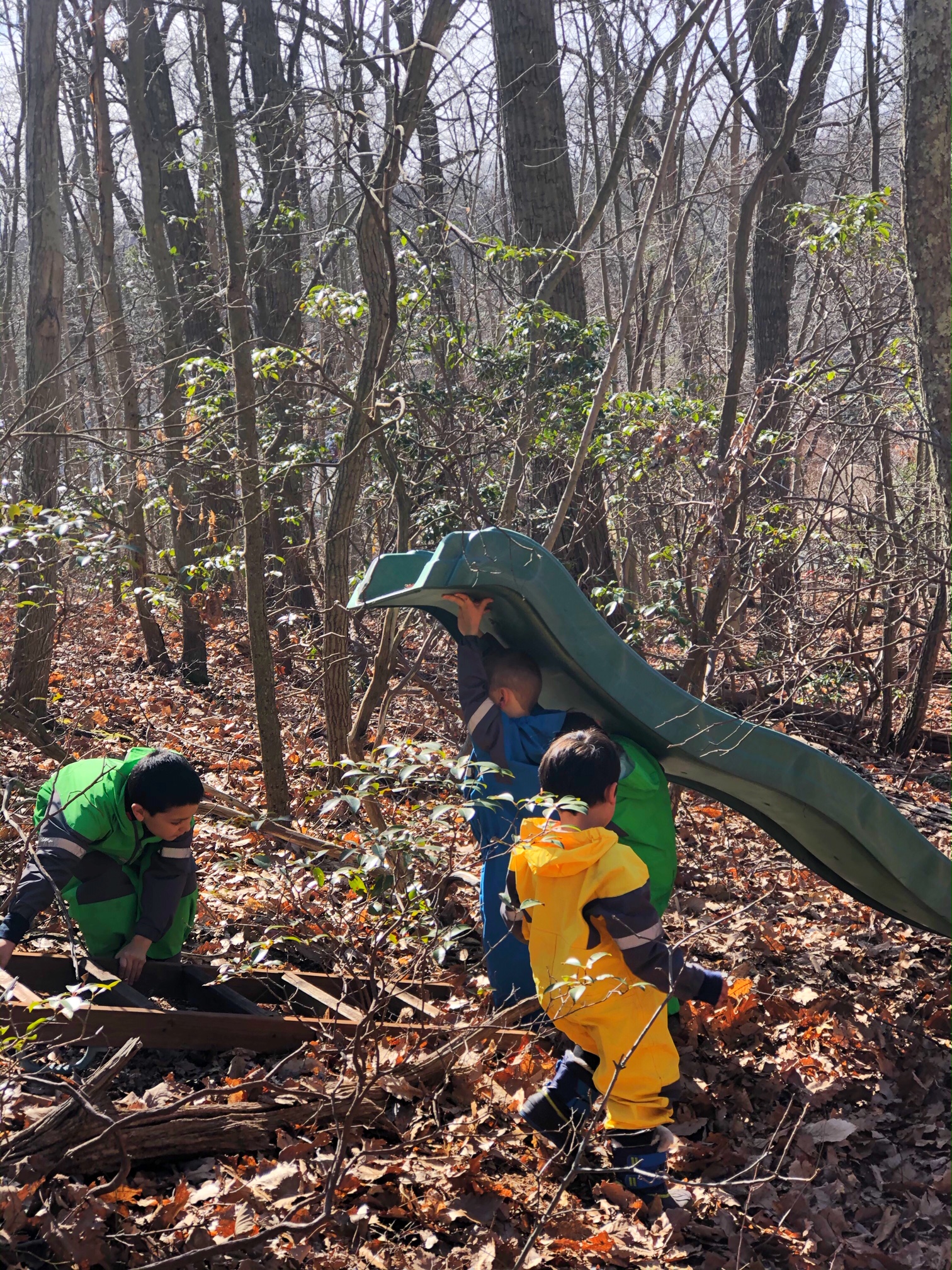 “There are two gifts we should give our children. One is roots and the other wings.”- Johann Wolfgang von Goethe

It’s quite disarming to see children in the woods with adults lurking over them. We’re so used to seeing adults hovering over children, shouting comments such as,  “don’t pick up that stick (let alone swing it)”, “don’t roll down that hill”, “you’re running too fast.”  However, at Forest School, learners are given the space, time and freedom to have their own experiences and many families crave this, as they are burnt out from experiencing American helicoptering at the playground and social events.

During our first week at Forest School in Centerport, our learners were set free, not 100% supervised all the time and allowed to hide and seek their own experiences. This practice, respected in Europe but often seen as unsafe in the United States, wholeheartedly forms learners who do what is good even when nobody’s watching.

Our learners wandered their vast “home in the woods” with wonder in their eyes, found their own spaces, came together and walked away when needed. They built a slide together and cheered each other on as they slide and jumped into the dirt. When a disagreement did arise, our leaders took a wait-and-see approach. Left to their own devices, learners often have the capacity to work these things out themselves. And isn’t that what we want for our children- the ability to develop conflict resolution strategies?  Of course, leader intervention is often necessary and we serve as mediators, allowing both learners to explain what happened and to support them in a resolution.

As a Forest School Leader, our role, as per environmental educator expert David Sobel is to:

Forest School is different from Sesame Street, Disney World and birthday parties. In these situations, the adults have all the pizzazz, they make things happen. Instead, at forest school, learners are as much the creators of the experience as the leaders and often, our learners make more magic than any adult could have imagined possible.

When it comes to safety, our learners are allowed to take risks that are appropriate for them. Some of these risks include:

“Physical risks: climbing, using sticks, using sharp tools, being close to bodies of water and fire, being in an open space that is not always supervised and getting hurt in conflicts with other learners.

Emotional risks: letting learners deal with conflicts on their own, working through hurt feelings, finding their place in a group structure, standing up for themselves, and accepting their role in a multiage group.

Social risks: those risks that arise from rough and tumble play, war play, the standing back role of the educator, and the multiage group.

The Forest School approach treats risk as beneficial for the learner’s development because it gives them a chance to experience their own limits, work on expanding limits where possible, and accept limits that can’t be expanded. This kind of attitude instills respect and teaches learners how to evaluate risk and to trust their gut. It’s better to take small risks and learn than to avoid risk and later in life have no tools for risk assessment.  Not learning to assess risk leads to either fright or to dangerous behavior, especially in teenagers.” (Sobel)

At Forest School, we will meet the needs of our learners in the greatest classroom of all (Nature!), allow risk, allow rough and tumble play, provide safe spaces when needed and give them the time and space needed for them to work through their developmental needs.

We believe this is their birthright.