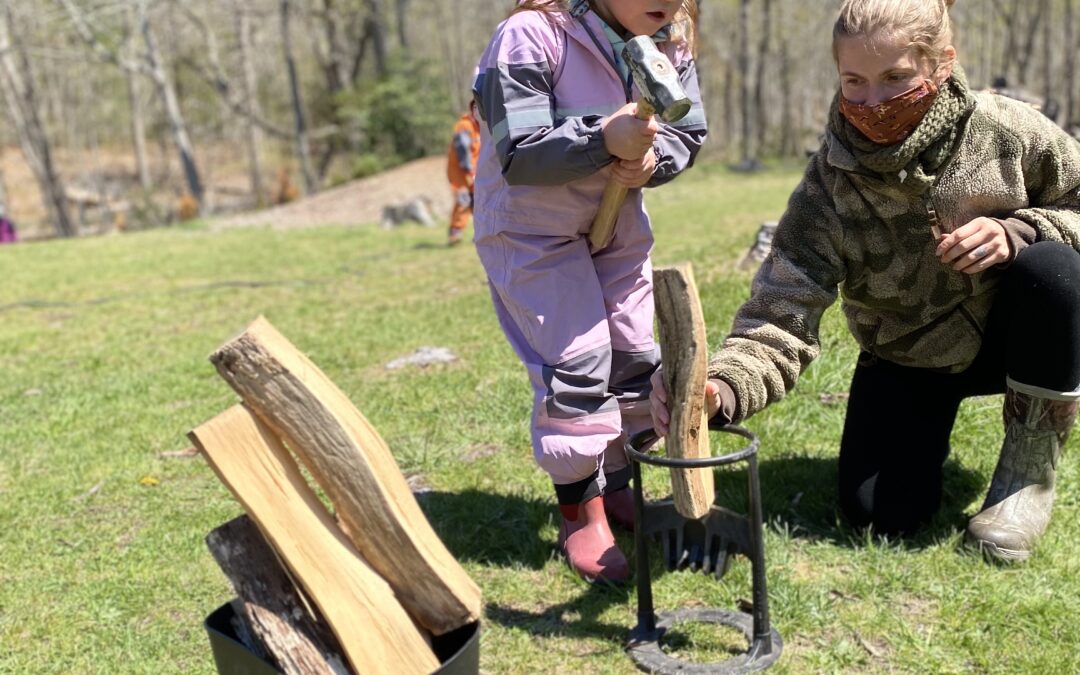 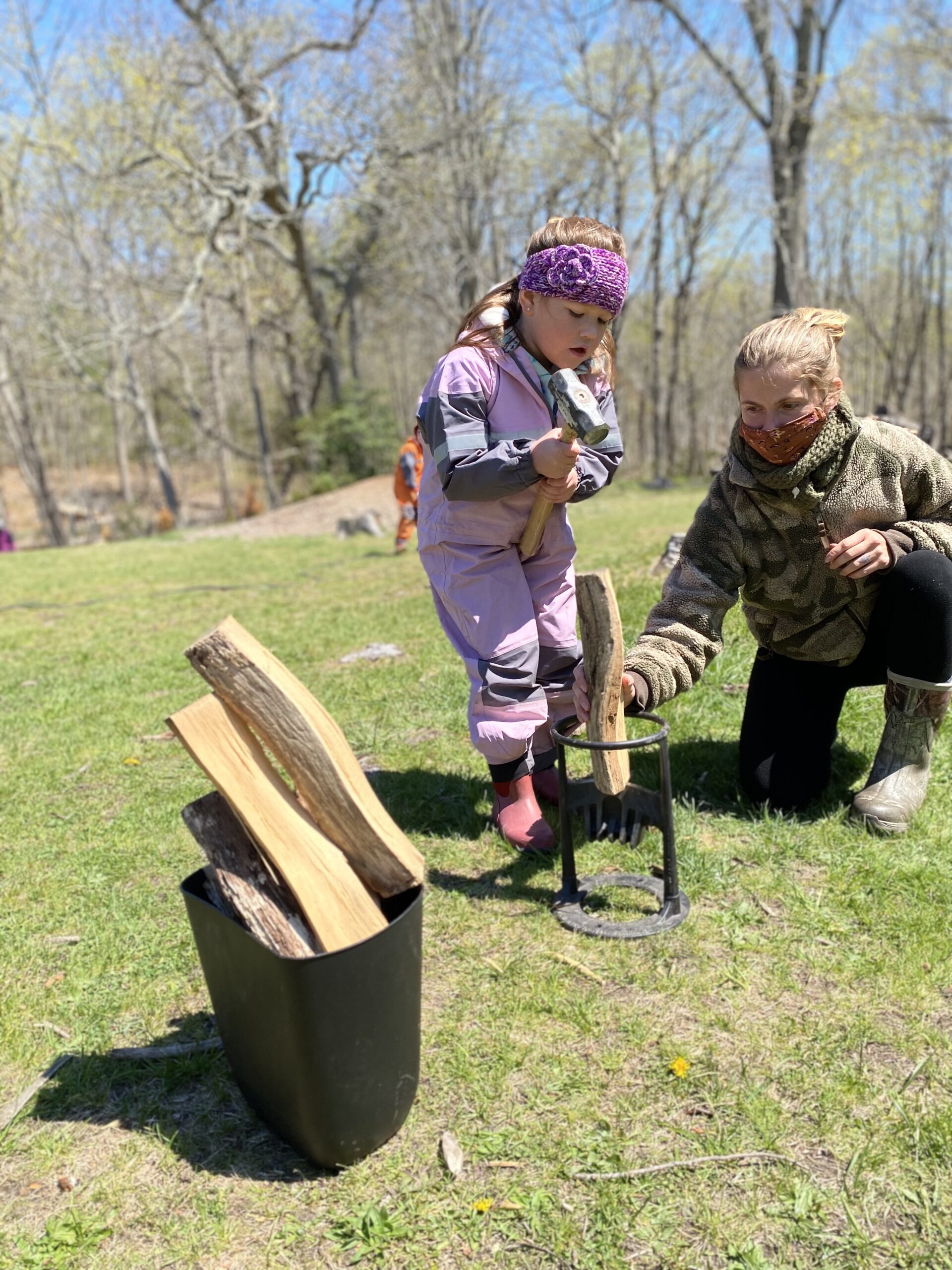 “The way kids learn to make good decisions is by making decisions, not by following directions.”- Alfie Kohn

Let’s take a moment to close our eyes and remember some of our favorite childhood memories.

….Can you see one indelible moment it in your mind’s eye?

Most likely it’s a memory where you were possibly outdoors, without adult supervision and involved some level of risk. Am I right?

Like all mammals, children are highly motivated to play in risky ways and they are also very good at knowing their own capacities and avoiding risks they are not ready to take, either physically or emotionally. As sovereign beings, children know far better than we do what they are ready for. Contrary to popular belief, when we deprive children of free, risky play, ostensibly to protect them from danger, we are actually setting them up for mental breakdowns. 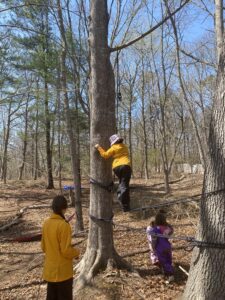 According to Peter Gray, an evolutionary psychologist and researcher at Boston College who has studied how children educate themselves through play and exploration, he argues that opportunities for children to play outside with other children have decreased over the last 60 years, leading to rising rates of anxiety and depression among children and adolescents. Gray’s research states that the decline started at the end of the 1950s, deepened in the 1980s, when missing children began appearing on milk cartons and public service announcements asked if parents knew where their child was. Statistically speaking, our children are safer than ever before, as the national crime rate peaked in 1991 at 5,856 crimes per 100,000 people and has generally been declining ever since. Today’s crime rate is less than half of what it was in 1991. The world, in reality is NOT too dangerous for kids to be independent.

Children are, in fact, designed by nature to teach themselves emotional resilience by playing in risky, emotion-inducing ways. In the long run, we endanger them far more by preventing such play than by allowing it. And, we deprive them of fun. At Forest School, our flavor of good risky play requires our mentors to be aware of, and make important decisions, to remove or limit exposure to known and emerging hazards from the woods. As trained forest school practitioners, we understand that hazards are different from risks and we are aware of the age and developmental differences, with their consequences, in our specific woodland environment.

And just last week, our learners got to engage in the Big 6 types of risky play, which include: 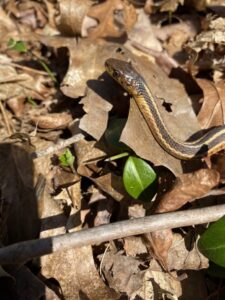 And within our home in the woods, risk comes naturally and on a daily basis. “The woods are like an enriched classroom — a Gymboree on steroids,” said Lenore Skenazy, a longtime proponent of risky play and the president of Let Grow, a nonprofit promoting childhood independence and resilience.

Still unsure about the benefits of risky play?

It’s understandable, because as parents, we wear our hearts on our sleeves. Trust me, I get it. So let’s turn to some science-backed research to solidify the benefits of risky play in childhood development. These benefits include:

According to Dr. Ellen Beate, an early childhood researcher and professor at Queen Maud University College in Norway, risky play benefits can be summed up like this: “It helps children explore and conquer fears, develop confidence and reduce anxiety.”

So if you want your children to be happy and healthy, to make good decisions (most of the time)…let them play unstructured and unsupervised (when possible), get dirty and take risks. They’ve got it and so do we!

Some Forest School inspired ways to build upon risky play at home: 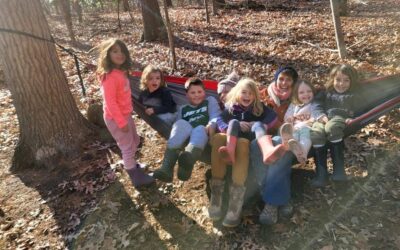 We Are Aishling Forest School, Because of Each of You!

“Community involvement sends a powerful message to children. It’s one that says you are important. You are loved. You belong. And it’s a message that, with it, holds the strength to empower every child in the world.” - The National Education Association With grateful... 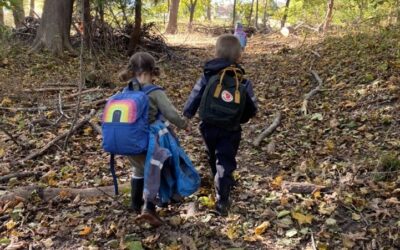 Why Peace Begins With Children

If we are to teach real peace in this world, and if we are to carry on a real war against war, we shall have to begin with the children.-Mahatma Gandhi We all know the headlines of fear and worry facing our children: bullies, school shootings, apathy, and... 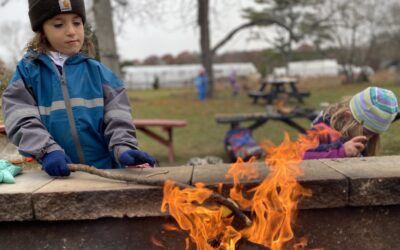 Fire: The Only Element We Can Create

When you light a fire, you commit an act of magic...what thrilling enchantment, what cunning sorcery has the work of your hands created?"- Anthony Murphy As we come closer to the winter solstice here in the northern hemisphere, we feel the temperature shift as the...